DonorGenesis is a powerful alternative to the existing paradigm of renting expensive lists and hoping they work.

In 2017, DonorBureau worked to build a better political fundraising list used by a Congressional campaign. After exhausting political donor lists in the fundraising world, campaign managers for one congressional candidate turned to DonorBureau to create a model that would perform quickly in an effort to secure last minute fundraising. The data needed to perform with high open rates and higher-than-average donations.

Using a vast array of data, including the nationwide voter file and commercial data, DonorBureau effectively defined new donors for the campaign.  We used our proprietary data, along with data from commercial sources and machine learning to build effective models. Starting with 240 million records, behavioral targeting and selection criteria garnered from more than 400 attributes, we expanded the campaign’s universe by millions of potential high-performing donors.

This immense amount of data depth and diversity allowed us to determine relationships between data sets, enabling us to segment and score potential donors in ways that drastically optimized email campaign marketing. 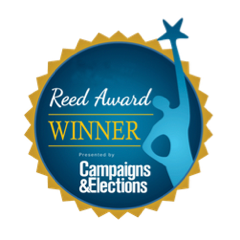